This article contains the personal views of Alan Steel and should not be construed as advice. Do check your individual circumstances with your advisers.

Beware the scary bits in the Budget small print 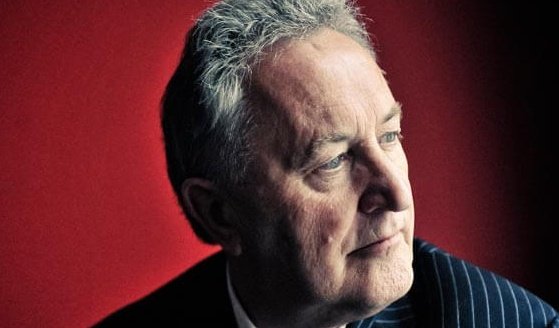 Did you know this was the first Monday Budget since 1962? I don’t remember that. Hammond said it was an emergency Budget that year thanks to the Cold War Crisis. I must have been too busy being a new teenager wondering when The Beatles would have their first hit.

Having listened to the entire Budget speech I must say I was relieved to discover that the rumours about it being held before Halloween to get any scary tax shocks out the way before the guisers arrived were well wide of the mark.

Would he bring in a Turnip tax? Would Pumpkins be excluded in a move to please our US cousins, in case there’s a hard Brexit?  Would dookin’ for apples be Vatable?

I don’t know about you, but if you too were listening to Philip Hammond’s Budget speech, you’d have lost count of the number of times he referred to “hard working British people” (with their hard earned wages) deserving a break “after eight years of austerity”. And like me you might have been thinking to yourself “If there’s tax reliefs being handed out I wonder if we in Scotland will have any scraps thrown our way?”

Well, we should do. We’re hard working too. And during Hammond’s stand-up routine a few billion in reliefs were thrown here and a few billion thrown there. The End of Austerity meant more than a few billion chucked at the NHS, as was predicted. Although he went on to say that the extra generous hand-outs to the NHS were dependent on waste being reduced. What I don’t understand is that this 70 year old UK public service is the fourth biggest employer in the world (after the US armed forces, the Chinese military and Walmart) in a country as small as the UK, and still it spends more and more every year. On administration, I’m told.

Well, see the extra money Hammond promised to make Britain’s digital services world class? Why can’t they have a butchers at the NHS to save more than a few bob of the admin?

I liked the sound of his claim that since 2010 over 3.3 million people have been put into jobs by government measures, and that National Debt is down as a result of this and “austerity measures”. And I liked his “rabbit out the hat” that income tax allowances for the hard working British people from April 2019 will go up to allowances that he’s promised in 2020. A year early! £12,500 before you pay any tax, and £50,000 before you pay high rate tax. But for higher earners here in Scotland ..sorry you dinnae count.

Wonder if that will still apply given Fiscal Phil lobbed another £970 million to Scotland and promised help for the oil industry and fishing. Gie’s a break, Nicola .

Apart from that, no more changes to our UK pensions mess, thank goodness. There’s a shortage of Philadelphia lawyers around as it is since the hundreds of confusing rules since a previous Chancellor introduced his “Simplification” some 12 years ago.

Annual Exemption for Capital Gains Tax appears to be rising to £12,000, I heard. Nothing so far on Inheritance Taxes or National Insurance rules. But if I were you I wouldn’t be lulled into a false sense of security. Over the years the bad news tends to be hidden in the small print and this year will no doubt be quietly released after Halloween when you thought it was safe to answer the door again.

Do remember what it said in the Bible.. “the Big print giveth and the Small print taketh away”…

This article is the personal view of Alan Steel.  Please check the appropriateness to your individual position with your adviser before taking or refraining from any action.